The 20-Year Afghanistan War Is the Child of 9/11—Both Could Have Been Averted, Says Author of The Case Against George W. Bush

Author Steven C. Markoff laments the 20 years of the Afghanistan war and the related terrible loss of American and other lives, the misfortune of those wounded, the families torn asunder, and the massive American financial expenditure in that war. He believes that none of those sacrifices had to occur.
Key Takeaways

As set out in Markoff's book, The Case Against George W. Bush, despite George W. Bush being told personally by the outgoing president that Bush's biggest terrorist problem would be Al-Qaeda and Osama bin Laden, and despite Bush receiving an additional flood of intel from June through September 2001, Bush continued to focus on and falsely sell our country on the dangers of Saddam Hussein and his never-found WMD, right up to September 11, 2001. He should have instead used the power of the presidency to work to protect our country from those coming terrorist attacks.

Those quoted in Markoff's book as agreeing that 9/11 could have been averted include:

- Thomas Kean and Lee Hamilton of the 9/11 Commission, who said 9/11 could have and should have been prevented. Even more damning, the 9/11 Commission's final report found that the GWB administration never mobilized in response to the domestic terrorist threat prior to 9/11.

- Former Deputy CIA Director John McLaughlin, who told the 9/11 Commission that the GWB White House was unwilling to believe in terrorist threats before 9/11.

- Richard Clarke, who told 60 Minutes that Bush ignored his urgent warnings about Al-Qaeda and then, after 9/11, tried to link the terrorist attacks to Iraq to justify attacking that country.

- Former CIA Director George Tenet, who looked back on a July 10, 2001, meeting with Condoleezza Rice as a tremendous lost opportunity to prevent or disrupt the 9/11 attacks.

- A review of the FBI’s work on Al-Qaeda, which uncovered that only one intel research specialist was assigned to bin Laden, and that researcher was gone after July 2001. No one else was assigned to track bin Laden until after 9/11.

Markoff concludes, "Looking back at pre-9/11 history and the available intel Bush received, it is clear that GWB pushed aside the many reports that we would be attacked by Al-Qaeda and bin Laden. Instead of dealing with that intel as our commander-in-chief, Bush stayed focused on taking out Saddam Hussein and planning to take Iraqi oil. Had Bush acted responsibly, and moved decisively against those threats, 9/11 may well have been averted. If 9/11 had been averted, there would have been no Afghanistan war, no loss of 2,400 American service members with thousands more wounded, and we wouldn't have spent the more than two trillion dollars that war cost us and our future."

In sum, Markoff's book documents how GWB's inaction from the intel he was receiving prior to 9/11 gave the terrorists an unprotected field to attack us. Bush's inaction in not trying to stop the terrorists and what became the 9/11 attacks, which led directly to the Afghanistan war, rose to the level of criminal negligence. 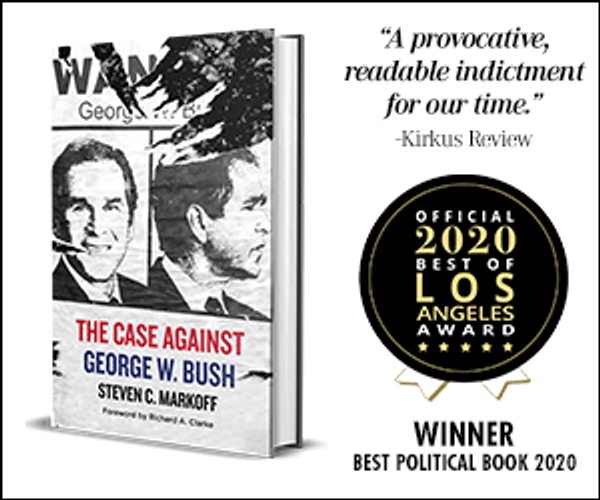 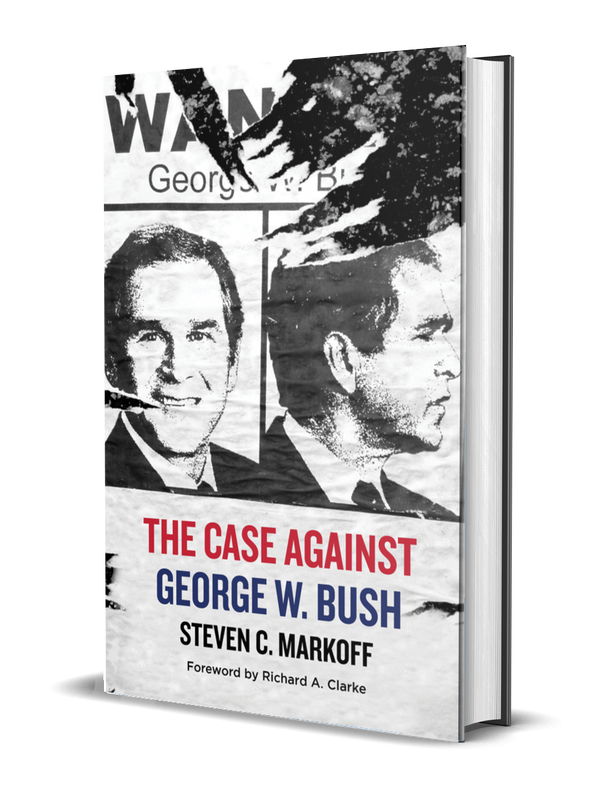 Related Bios
https://cdn.filestackcontent.com/Ri6m48rMRYSbTjxZdf3z?dl=true
https://cdn.filestackcontent.com/AG3wH2AR3SP2Mo58NZitaz/rotate=exif:true/resize=width:600/Ri6m48rMRYSbTjxZdf3z
Mr. Markoff is a native of Los Angeles, California, and a 1964 graduate of Los Angeles City College with an Associate of Arts degree. His affiliations include: the precious metals and numismatic business for 50 years (1954-2005); Chairman and CEO of A-Mark Financial Corporation, a Santa Monica-based financial services company he founded in 1965 (originally named A-Mark Coin Company), that purchased the Redfield Silver Dollar hoard; the A-Mark Foundation, a private foundation he founded in 1997 that became the parent of free searchable databases and other nonpartisan information covering interesting and important social issues and history, such as sites on George W. Bush, Barack Obama and Special Investigations Involving US Presidents Since 1973.

In 2004, Mr. Markoff helped found A-Mark Entertainment, a company he co-chairs; that year he also founded ProCon.org, a 501(c)(3) public charity promoting critical thinking that had been or is being used by over 10,000 schools in over 90 countries. [ProCon.org was merged into Encyclopedia Britannica on 5-29-2020]. Mr. Markoff also has an interest in The TCL Chinese [Grauman’s] in Hollywood, acquired in 2011. In 2016, the Foundation founded the website AboutTrump.org. In 2018, Mr. Markoff founded SexEd.net, a website giving straightforward, sourced information about sex and sexually related issues. In 2020, Mr. Markoff launched SecondAmendment.org, a website that contains many of the pieces of the puzzle that make up our individual rights to arms. Mr. Markoff can be contacted at scmarkoff@aol.com. 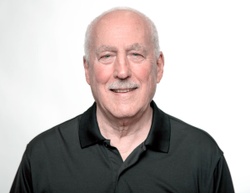